Black Stars coach C.K Akonnor has named a 32-man home based squad to begin preparation for next month’s Africa Cup of Nations double header qualifiers against South Africa and Sao Tome and Principe.

Ghana are scheduled to take on the Bafana Bafana in round five of the qualifiers before tackling Sao Tome and Principe in the final qualifier.

The Black Stars are tied on 9 points at the top of the standings in Group C after four matches with two games left.

The team will later be joined by other foreign based players for the two qualifiers. These players are to report to the M Plaza Hotel in Accra on Monday, February 15, 2021. 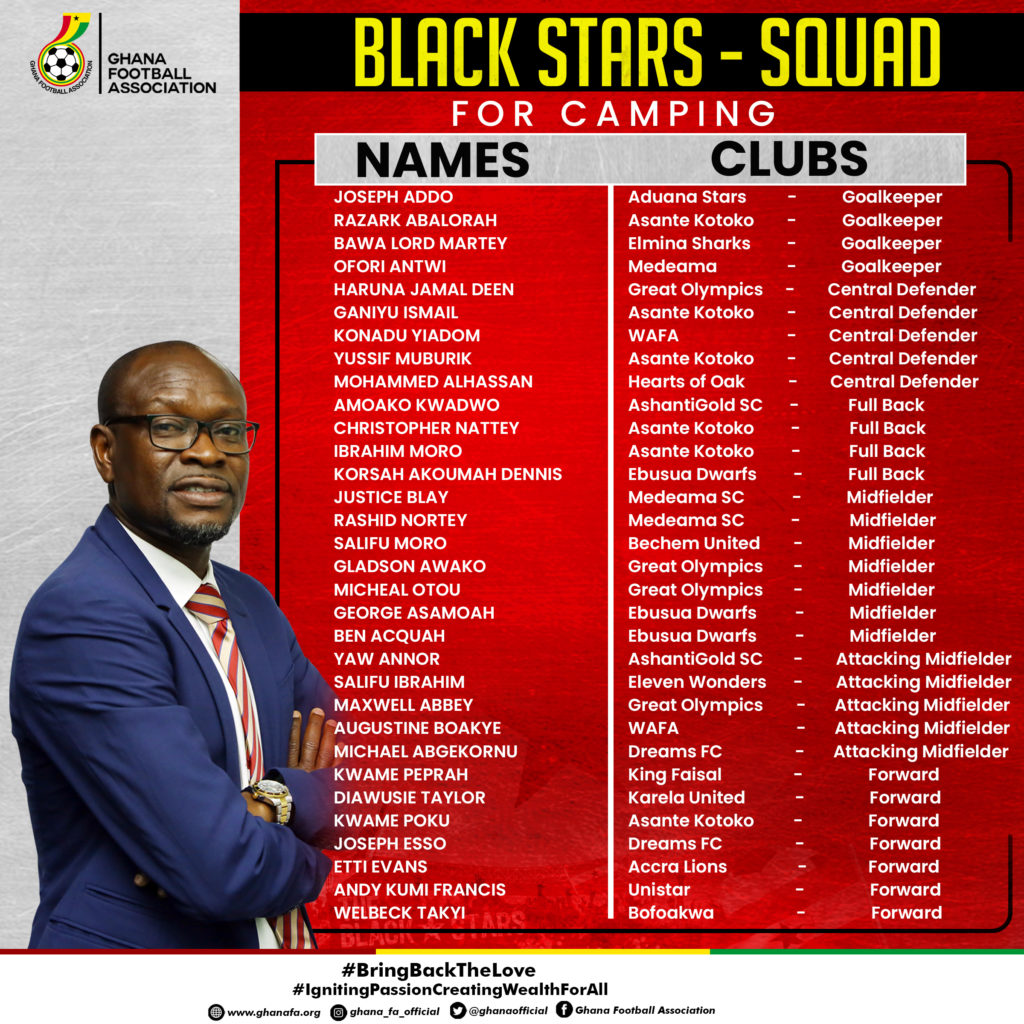