President Nana Akufo-Addo has on behalf of Ghanaians and himself commiserated with the family of Junior Agogo following the death of the ex-Black Stars striker at the age of 40.

The Ghanaian, who played for several clubs during his career, passed away at his base in London on Thursday morning.

Agogo was hospitalized in 2015 after suffering stroke which debilitated him.

He was remembered for his eye-catching performances for the Black Stars during the 2008 Nations Cup on home soil.

In a Twitter post hours after the melancholy news, President Akufo-Addo said the thoughts of Ghana are with his family. 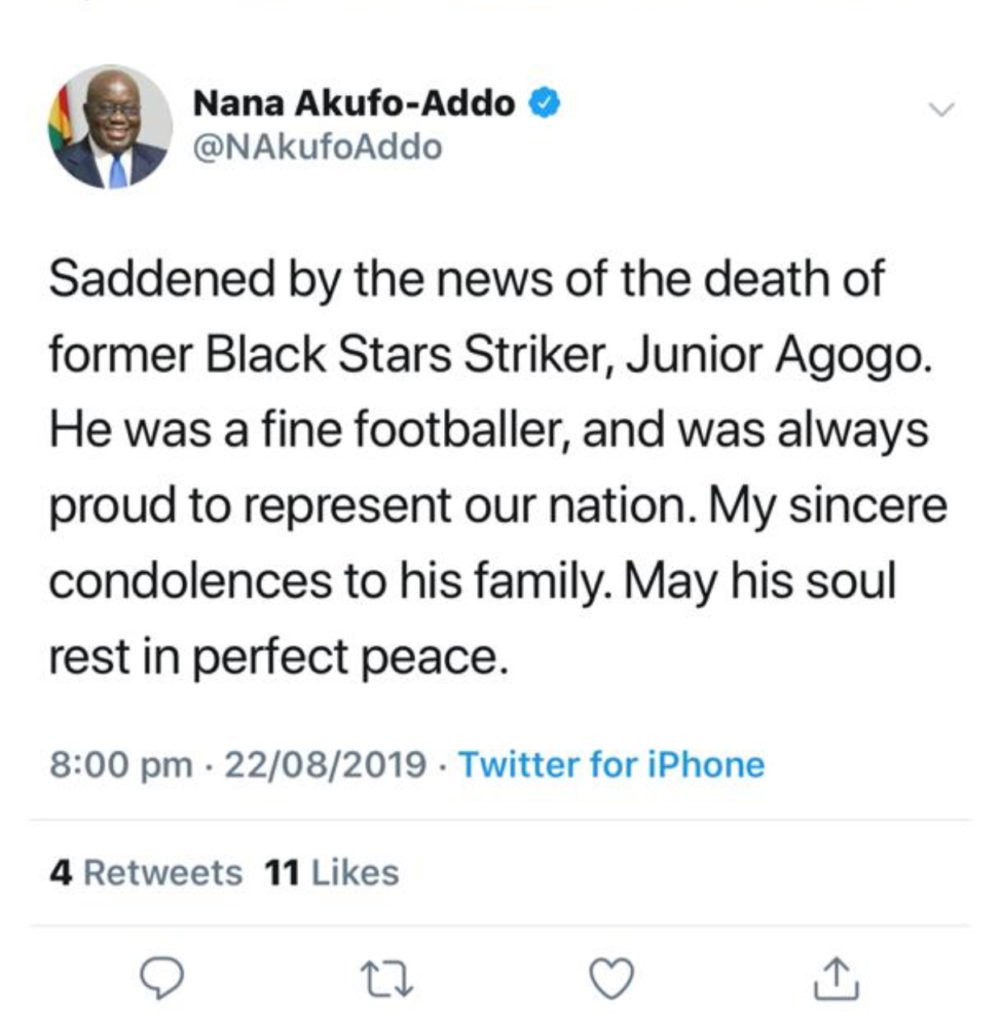