Despite dominating the first half, Jota went a goal down in added time when Georginio Wijnaldum headed past Rui Patricio.

After the break, the Wolverhampton Wanderers striker, who had dominated his matches until the final, scoring 13 goals, continued to press for an equaliser.

It finally came from Adama Traore thanks to a brilliant backheel assist from Jota’s in-game character.

With both sides level after 90 minutes, the tie went to a second match to be decided by a Golden Goal.

After Jota had missed a couple of excellent chances he won it thanks to a 67th-minute strike from Raul Jimenez.

How the semi-finals happened

The Finals Day kicked off with Alexander-Arnold beating Manchester City’s Raheem Sterling thanks to Roberto Firmino’s Golden Goal after a 2-2 draw.

Jota progressed to the final after earning a 4-1 victory over Burnley’s Dwight McNeil in the second semi-final.

The winner’s prize fund for the Invitational will be donated to the #PlayersTogether initiative, created by Premier League players as a collective way of generating funds for the National Health Service and distributing them where they are needed most. 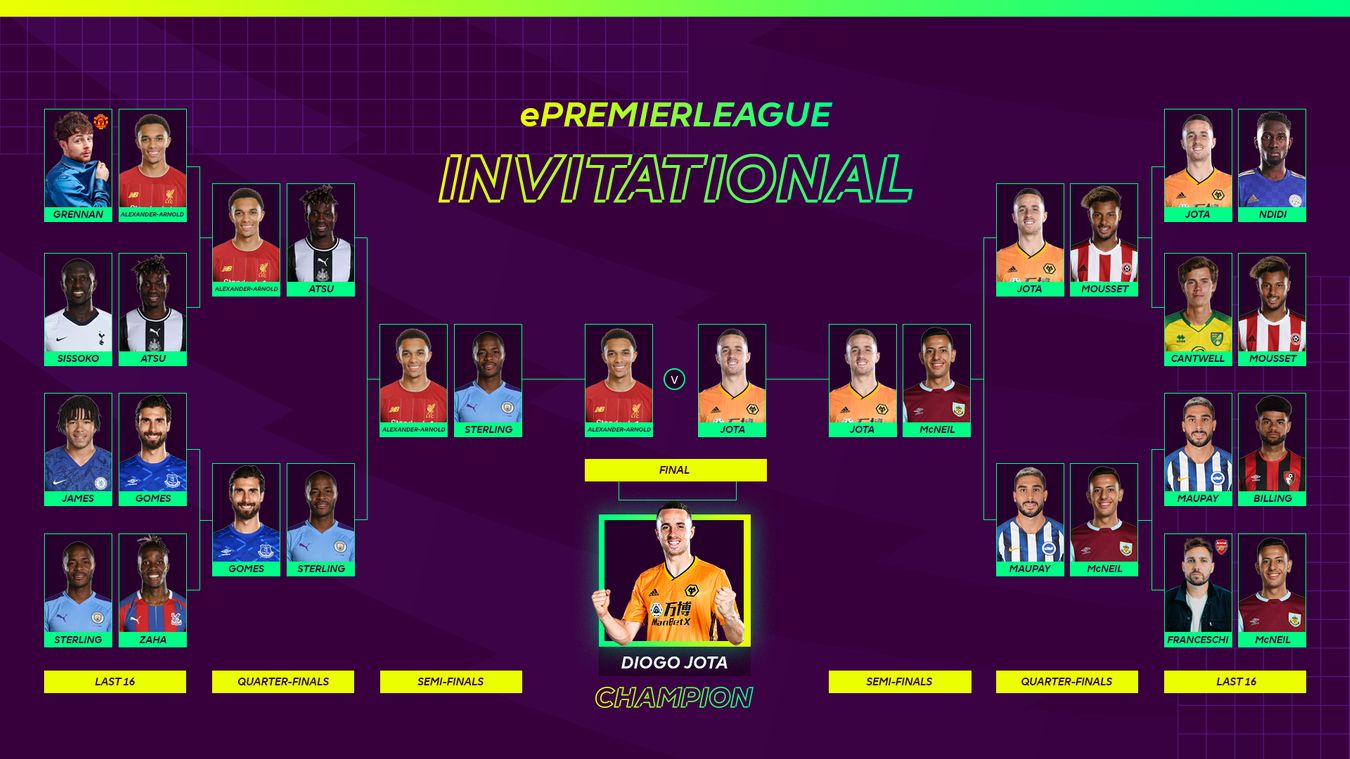