Former President John Dramani Mahama has petitioned the Director-General of the Criminal Investigations Department (CID) of the Ghana Police Service to investigate murder allegations made against him by the Bono Regional Chairman of the New Patriotic Party (NPP), Kwame Baffoe popularly known as Abronye DC.

“My instructions are that in a recording on a TV programme on Net 2 TV, Madina, Accra which has been circulating on various social media platforms including Facebook and Whatsapp platforms, Abronye made certain false claims alleging a plot masterminded by His Excellency John Dramani Mahama to assassinate some NPP personalities including he, Abronye DC, himself…”.

Labelling all the statements against his client as false, Mr Lithur said “John Dramani Mahama has firmly instructed me to say that the allegations are, of course, false and for the avoidance of doubt, would like to state that neither the NDC nor him has planned to hire, hired or cause to be hired or instructed any person or person to murder or assassinate anybody. Regarding the rather irrelevant and despicable allegation that he killed the late president John Evans Atta-Mills, he would not dignify it with any answer, except to say that the allegation could only have come from an unhinged mind”.

Below is Mahama’s letter to the CID 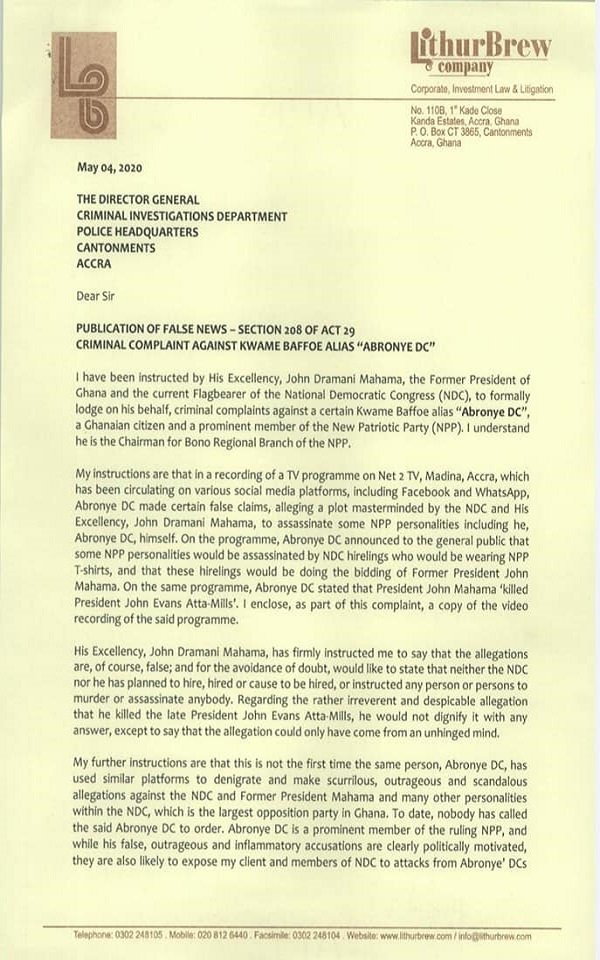 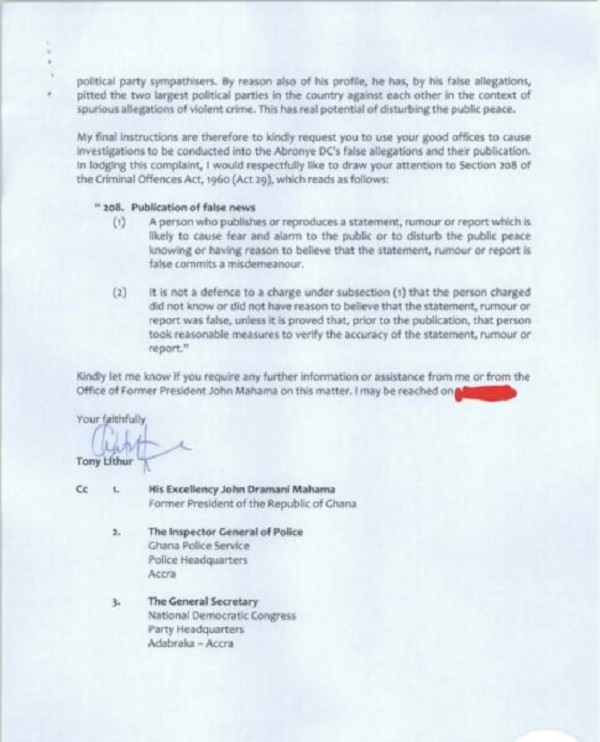 Breaking the 8 starts with the people(Grassroots)-Boxxy Writes

Lifestyle Francis Abbah - November 14, 2021
0
“All great leadership rests on the foundation of empowering others in order to have a particular just cause, purpose or vision to be attained.”...

ABOUT US
GhNewz brings you the best in entertainment, sports, business and many more.
Contact us: info@ghnewz.com
FOLLOW US
© GhNewz 2021. All Rights Reserved     Powered By: WeWrite Technologies
MORE STORIES